A visit to Addis Ababba

I had been in Ethiopia as part of the British Universities Kayaking Expedition. Unfortunately my time out there was cut short due to a dislocated shoulder. Whilst I was there I managed to get to the feeding stations the Suzy Trust raises money for. My Mum had gone to the Art sale at Seahouses and learned about the Suzy Trust. Once back in Addis I left to try and locate one of the feeding stations, in retrospect I could have made my life easier by simply asking one of the children on the street where I could find them, as they all know. However it would have meant missing out on experiencing the east side of Addis and finding out about the Hope International School.

Hope International is the charity that runs the feeding stations as well as a school and university. The School is situated on the ‘other’ side of town, in the east where the slum area is, with the aim of being close to those who need it most. Representatives from Hope go out into the slums to find their new students. Once a student they are given breakfast and lunch, an education, stationery, a uniform and their families are given a small allowance. Despite it being the middle of the summer holidays the school was teaming with life, the children come to use the library and play with their friends in a safe environment. 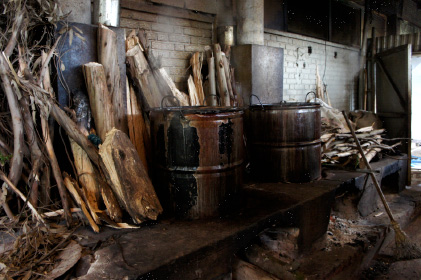 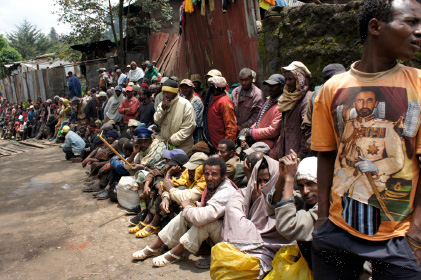 As I arrived in the centre of town in the Churchill area I was looking out for masses of people around a hut like building. But what I found was a very orderly queue of hundreds of people down a side alley. It is hard to imagine the number of homeless people there are in Addis, this queue representing a fraction of them and also just the men. A short drive away was the station for the women and children, with a much busier vibe, children playing and running around, mothers calming their crying babies. The children I met were happy and very polite and took great joy in pointing my camera at things (mostly the floor) and hearing the shutter noise click, click, click. 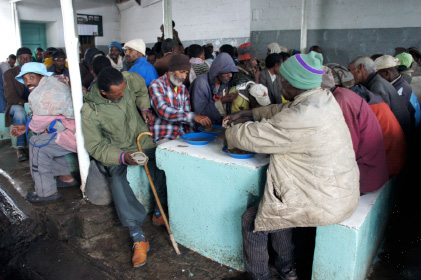 We spoke to one lady who had come to Addis from the countryside. Her husband had died and since they had been living in the husband’s house, the family in law claimed the house and sent her packing. It would seem a widow doesn’t have many rights and is shunned. Heavily pregnant she arrived in Addis scared and alone, she came across Hope and now has a healthy, well-nourished baby with a high probability of getting his education at the Hope school. That was her main worry, the baby and how it could get educated. 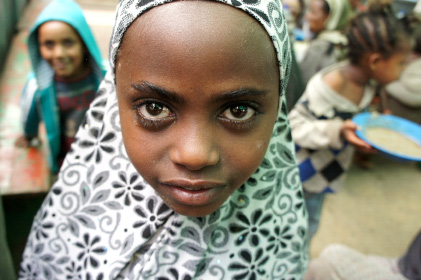 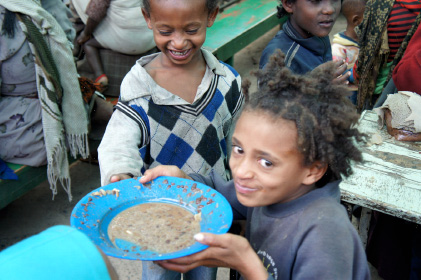 I must say a huge thank you to Roseanna who put me in touch with Denis who in turn gave me the contact numbers for the people I saw in Addis. It was a wonderful experience to have seen first-hand the workings at the feeding station and how many people they can reach - they feed 1000 men, women and children every day, plus the 900 children in their school.

We are using Google Analytics

Please confirm, if you accept our Google Analytics tracking. You can also decline the tracking, so you can continue to visit our website without any data sent to Google Analytics.